Smart health tech provider Alcidion is seeing rapid growth in the UK following the formal launch of its flagship platform, Miya Precision. That’s in part due to a bold communications campaign says Lynette Ousby, Alcidion’s UK managing director, who explains how the team at Highland Marketing worked as ‘an extension to the business’ to help Alcidion create new market opportunities.

When global smart health tech company Alcidion wanted to expand its UK footprint with its flagship product Miya Precision, it needed to communicate the impact that a new type of technology could deliver.

The modern platform, which automates manual processes and patient flow whilst proactively engaging clinicians with pertinent information and decision support, sits at the core of the company’s ecosystem offer to the NHS.

Alcidion had already enjoyed success with the platform in Australia and New Zealand, where it had complemented large electronic medical record deployments and participated in the evolution of healthcare systems.

But in the UK, Alcidion had been best known for its Patientrack e-observations and early warning system.

With the help of Highland Marketing, Miya Precision was formally launched in the UK in the summer of 2020 as the first smart clinical asset for the NHS. It could complement electronic patient record strategies, as it had in Australia, but also provide an ‘orchestration layer’ for integrated care systems and best-of-breed approaches using intelligent technology to alleviate cognitive burden for frontline clinicians.

This opportunity is now being realised: “The UK has become one of the largest areas of growth for Alcidion, and that’s because we identified a gap in the market and pursued it with focus,” says Lynette Ousby, the company’s UK managing director.

Several other contracts were signed for Alcidion products across the health service – including Smartpage, the clinical messaging system that replaces the need for pagers and enables task management capabilities. Subsequently, there was an important procurement of the Patientrack product by East Lancashire Hospitals NHS Trust as part of its Cerner Millennium EPR programme.

“The market saw a confident Australian business in the UK market, with a strength of proven successes in the UK, Australia and New Zealand, and a relevant product to help modernise and advance digital strategies in the NHS,” says Ousby.

Ousby now believes that the market is “moving towards the modular and flexible model we have been promoting”.

“This is one of the most enjoyable moments of my career,” she says. “We are ahead because we found our position and seized the opportunity.”

Ousby speaks fondly of the Highland team that has worked closely to help Alcidion identify and respond to a gap in the market. “The team at Highland feels like an extension of my business and has become a core part of the plan,” she says. “Highland is our partner of choice and has played an integral part of the last 15 months.”

And the relationship is about “a lot more than public relations activities”, she says. “We are working with a trusted advisor. We have released some disruptive and bold communications – and Highland has been a steady ship seeing us through, even reacting over the weekend. The team has been right by our side.”

Tom Scott, Alcidion’s sales director in the UK, echoes Ousby’s sentiments. “The team adds good editorial sense to our thoughts and never fails to deliver on that,” he says.

“There is a cross-over of technical, clinical, business logic and supplier audiences that our messages need to address. One of the real values is how Highland crosses over all those things, with a grounding in thinking about who we are trying to reach and the messages that make sense to them.”

“We can pick the phone up during unsociable hours and have valuable conversations with people who know us well,” he adds. And he says “honesty and transparency” is important. “The Highland team tells us where they don’t agree, which is really important. It doesn’t feel like a supplier relationship; it feels like Highland is part of our team.”

The relationship has been equally enjoyed by the team at Highland Marketing, who have seen the impact and potential of Alcidion’s systems when talking to the company’s customers.

Mark Venables, Highland Marketing’s CEO, said: “This is already a great success story and I suspect what has been achieved is only the first chapter. Alcidion is a technology provider that has put intelligence and foresight behind something its leaders believe in. We are very fortunate to have been able to support the campaign. It’s great to see Alcidion’s success and to have played a part in that.”

Our free newsletter drops into your inbox every Friday to bring you...

All change for NHSE, X and D 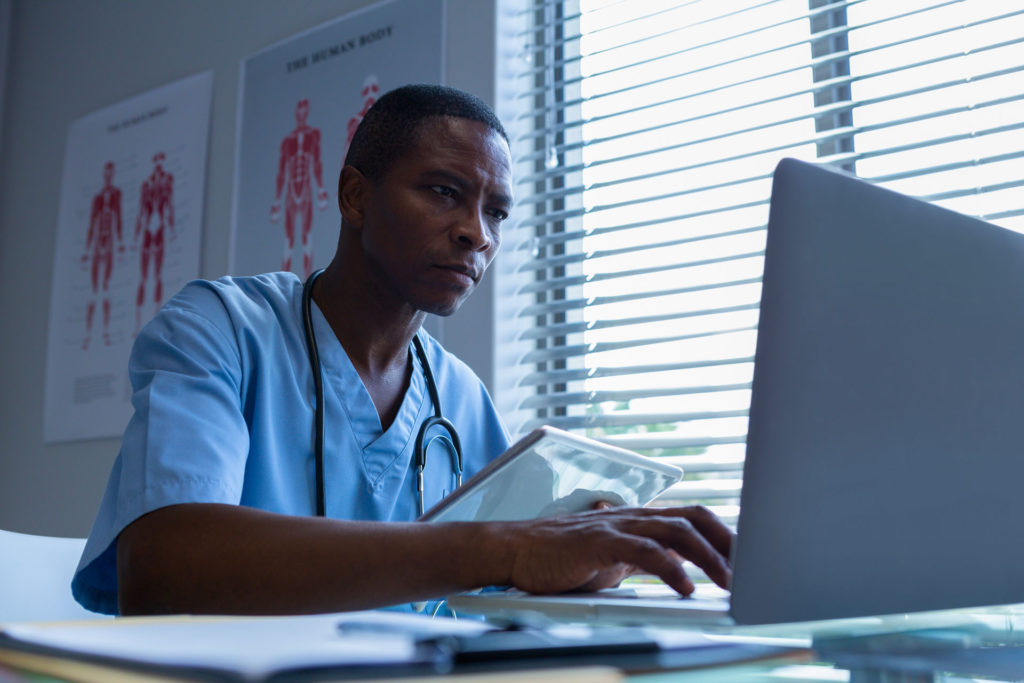 Highland Marketing is an integrated communications, PR and marketing consultancy with an unrivalled reputation for supporting UK and international health tech organisations, built over 20 years.

Drop us a line to find out how our research, content, PR, marketing and sales acceleration services can support your health tech business, or call us now on +44 (0)208 103 1010.

Find out how we can help your business

How can we help you?